When I got a press release about a new album being released titled “December,” I knew I wanted to feature it in the month that shares the name. Ever since I started doing this, I’ve wanted to cover seasonal albums during this special time of year, and music had such an impact on me growing up, especially Christmas music. I requested and was granted a phone interview with Dove Award winning pianist and composer Paul Cardall — who is one of the most-played artists on Pandora with 2.4 billion streams on that platform so far. When he called me from his Nashville home on Nov. 30 he was more than happy to share his thoughts in a soft-spoken voice that reflects the instrumental music he creates.

Q: The first thing that I noticed upon listening to your new album was how much it reminded me of the great pianists that called Windham Hill Records home — like Liz Story, Barbara Higbie, Philip Aaberg, and of course George Winston.
Cardall: Those were remarkable days and I was signed with Narada (Records) — Windham Hills competitor — that had Peter Buffett, Tingstad and Rumbel, and David Lanz. It’s sad that all those labels got gobbled up, but a lot of the pianists are still out and around — and George is still doing stuff, but it’s not like the old days. 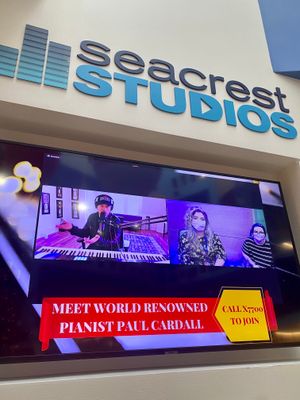 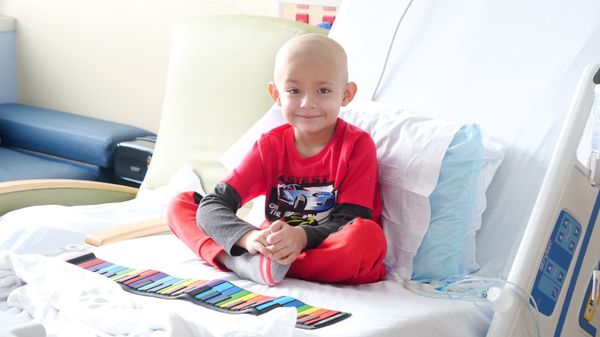 Award-winning pianist and composer Paul Cardall is scheduled to release two unique versions of his much-anticipated upcoming instrumental project December. On December 3, the famed pianist will release, both a digital and physical version of the album and it will feature piano with string ensemble. Then, on December 10, a solo piano version will be available in digital only format.

Both versions of the album feature 14 tracks in a minimalist classical style, and all are original compositions by Cardall, with the exception of “Hush, Little Baby.” The pianist takes listeners on a journey from the rise of a new moon in September through the New Year.

One of the biggest streaming artists of our time, Cardall is a Dove Award-winning musician, composer and producer, whose music has been streamed over 3 billion times. He has had 11 #1 Billboard  albums, and is one of the highest streamed artists in the world with 30 million monthly listeners from more than 160 countries and has 2.8 million subscribed fans to his various social media platforms.

“My goal with this record was to be alone with an imperfect, upright, somewhat out of tune piano,” explains Cardall. “I normally play a Steinway, but I first saw this piano in the studio when I was recording my last album The Broken Miracle. That day I sat down to play it and it reminded me of myself—somewhat broken. I began improvising and based on my experience in that moment, the piano began producing almost perfect soothing sounds. When it came time to record this album, I returned to that piano. I lit the studio with just one light that sat atop the piano. For the next several hours I improvised and created songs from start to finish. I repeated this process the next day. Leaving the studio, I felt somewhat devastated believing that this idea might have been a failure. But my audio engineer sent me the recordings and as I was listening, I noticed something different. My minimalist classical style had emerged and the beauty of it filled my ears. What I learned through the process was that all we need is someone with vision who sees the potential in the beauty of our brokenness.”

In the two decades Cardall has been recording, his style and technique have evolved into a modern Classical style. Each composition has a concise structure, simple compositional techniques, manageable technical requirements and basic harmonies. His pieces offer thought-provoking melodies and feature simple yet powerful string accompaniments.

Hearts of The Children

Hearts of The Fathers

Award-winning pianist and composer Paul Cardall  releases new music today with “New Moon Rising,” the second single from his much-anticipated contemporary classical piano project December. The album will be released globally on December 3 on All Heart Publishing distributed by Symphonic. 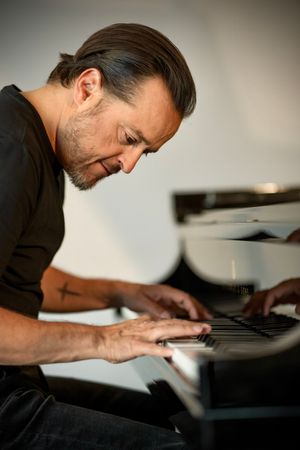 One of the biggest streaming artists of our time, Paul is a Dove Award-winning pianist, composer and producer, whose music has been streamed over 3 billion times. He has had 11 #1 Billboard albums, and is one of the highest streamed artists in the world with 30 million monthly listeners from more than 160 countries and has 2.8 million subscribed fans to his various social media platforms.

“New Moon Rising” is an original, introspective composition. “This is a time of year when we often take stock of our lives, comparing the opposites we encounter and determining if we need a fresh start in particular area of our lives," suggests Cardall. "Composing is my form of journaling."

"The compositions on December feel very  autobiographical. I went into the studio without any preconceptions, but I knew I wanted to experiment with a minimalist approach of classical piano style. It’s introspective with exquisite melodies accompanied by soothing string arrangements. The music is deeply emotional, particularly because our world is in commotion and music has the power to heal hearts. I try to utilize the space between the notes like our lungs expanding in and out, our hearts beats pointing in and out, flowing with a perfect yin yang.”

Earlier this year Cardall released a joint album/book project titled The Broken Miracle, featuring special guests including David Archuleta, Tyler Glenn (Neon Trees), Ty Herndon, Rachel Yamagata, Thompson Square, Matt Hammitt and many others. The Broken Miracle chronicles his life dealing with a congenitally defective heart, through his transplant 12 years ago. Cardall is also the host of a successful podcast, All Heart, and a YouTube series All Heart Adventures, featuring Cardall in various "bucket list" scenarios--living his life to the fullest, with gratitude and appreciation.

We Are All Worth Rescuing: Paul Cardall & Charles Martin 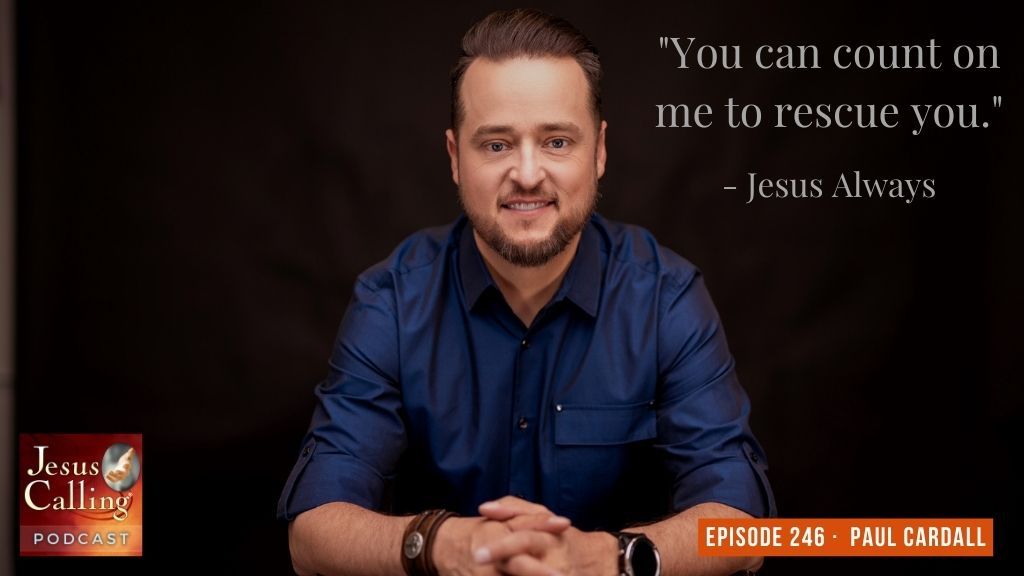 We Are All Worth Rescuing: Paul Cardall & Charles Martin – Episode #246

Narrator: Welcome to the Jesus Calling Podcast. Sometimes situations in life are beyond our control, and when we’re faced with impossible circumstances that begin to close in on us and maybe even threaten our very existence, we can cling to the hope that God will deliver us and heal us, just as David prayed in the book of Psalms 32:7: You are my hiding place; you will protect me from trouble and surround me with songs of deliverance.

Pianist Paul Cardall was born with half a heart and faced years of heart surgeries before receiving a transplant that changed his life forever. Author Charles Martin was inspired by the Biblical story of the shepherd who left his ninety-nine sheep to rescue the one who had gone astray, which inspired his book, The Water Keeper. 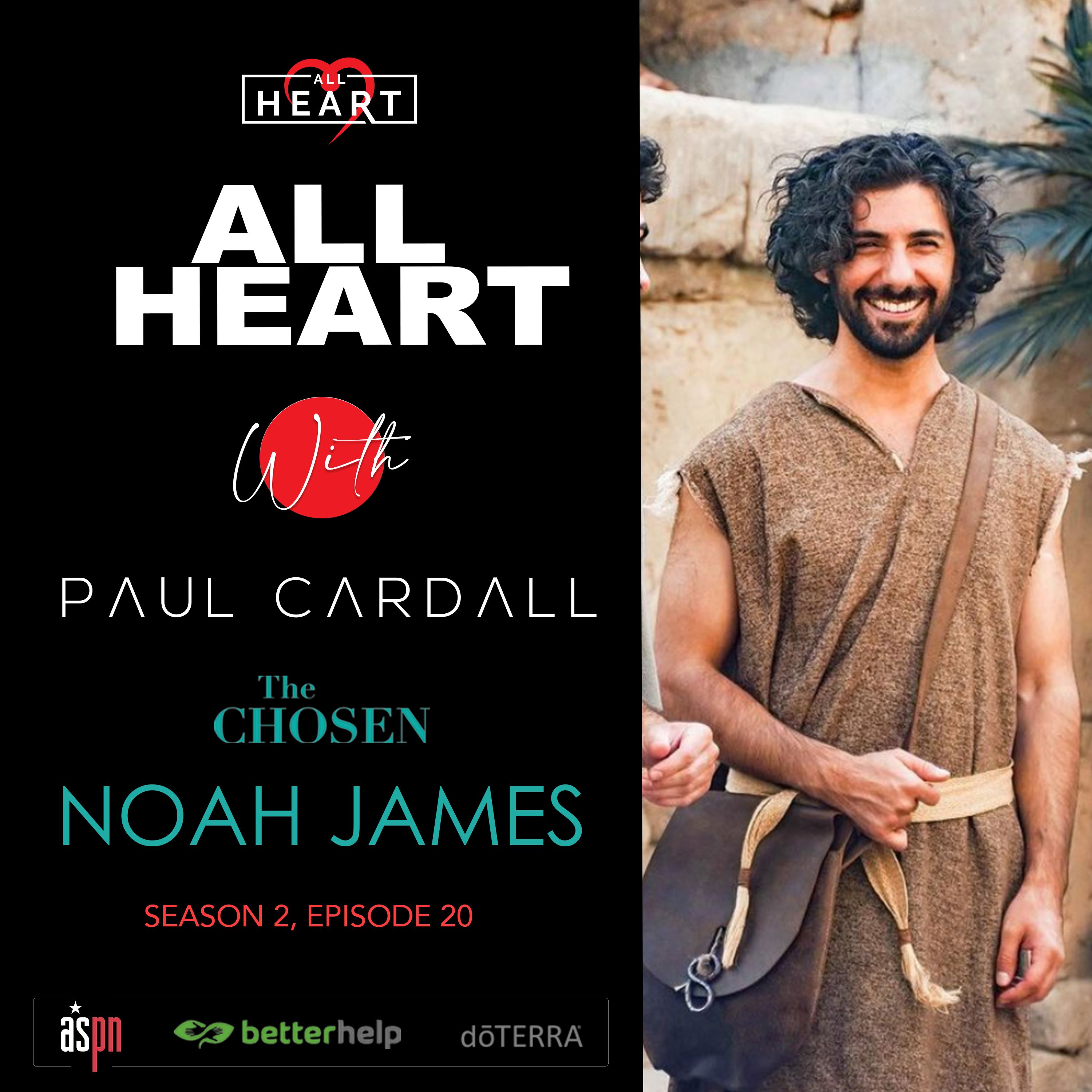 Actor Noah James joins Paul Cardall’s “All Heart” podcast for a special Easter episode sponsored by the online counseling service BetterHelp where they talk about James’ role as St. Andrew on the crowdfunded biblical show “The Chosen,” his journey to becoming an actor and his thoughts on life and finding joy.

Coming into its second season, “The Chosen” is a show created by Dallas Jenkins who has also been a guest on Cardall’s show that promotes “seeing Jesus through the eyes of those who knew Him.” 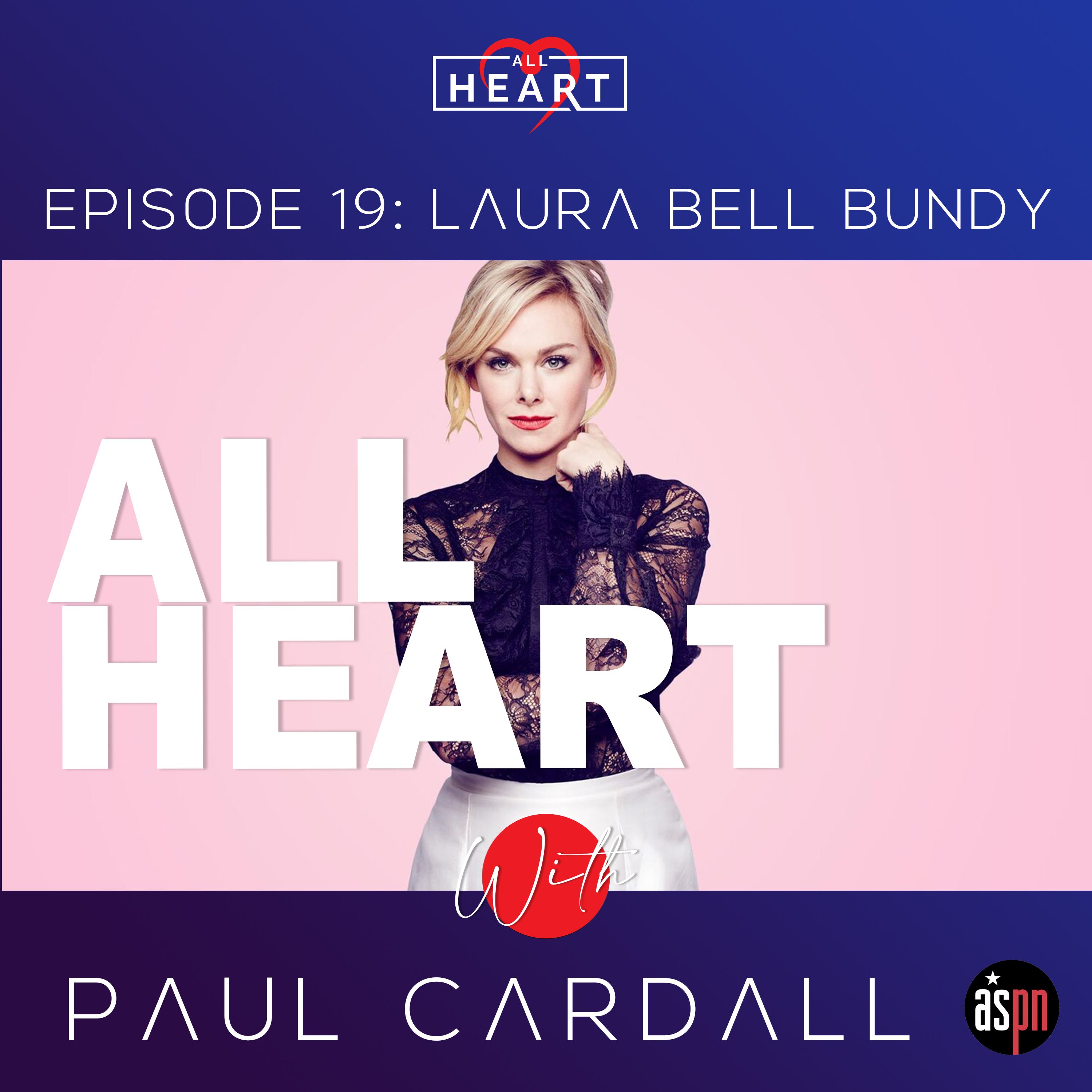 Tony-nominated actress, singer and women’s rights activist Laura Bell Bundy joins Paul Cardall’s “All Heart” podcast to chat all things Bundy and women-related including her own personal career path, being a new mother and the long history of women’s oppression.

Getting her start on the soap opera “Guiding Light” Bundy explains how she eventually dropped out of NYU to pursue a career as an actress and singer seriously. 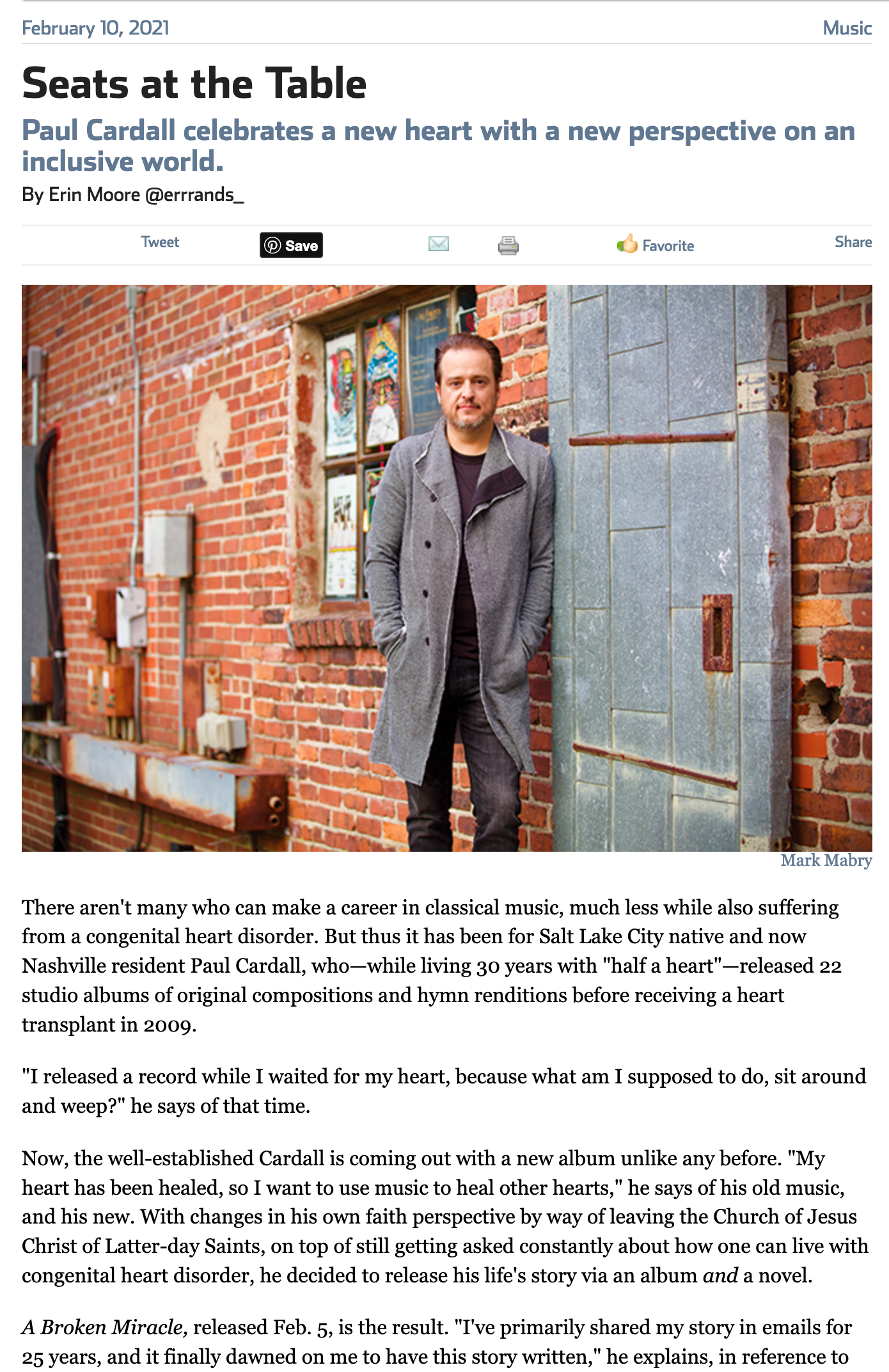 Paul Cardall Shares His Extraordinary Life in ‘The Broken Miracle’ 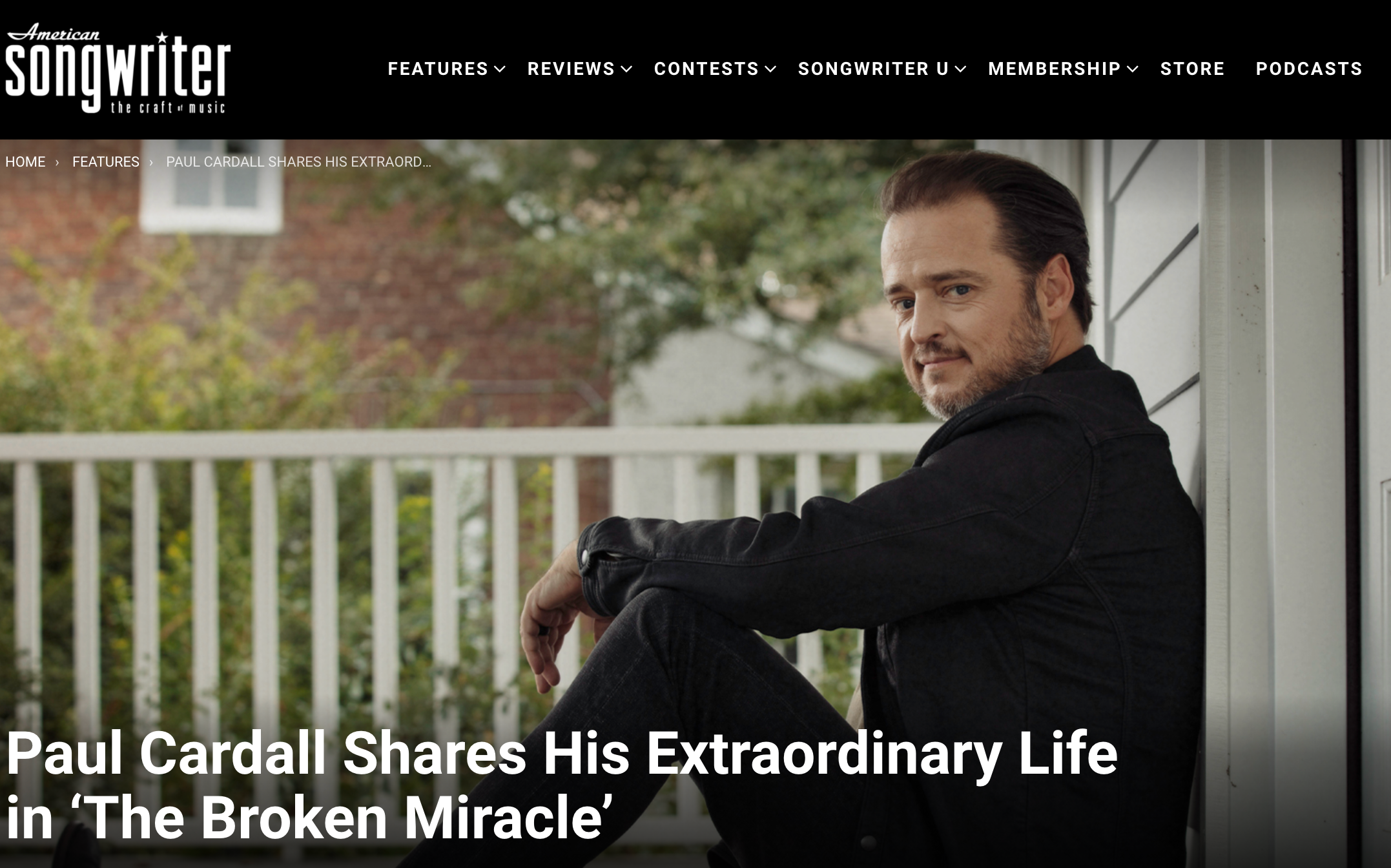 Pianist and composer Paul Cardall has been incredibly prolific, and on February 5 he added to his discography with The Broken Miracle, which he reckons is his 22nd studio release. This one is special, though, because it is “probably my most vulnerable project of my career. It’s a culmination of everything I’ve been through. This is a reflection back on my journey,” he says, calling from his Nashville home.

Cardall certainly has led an extraordinary life. “I was born with only half a heart,” he says, which meant that he was not expected to live for long. Cardall has beaten those odds—but this meant he had to endure a childhood largely spent in hospitals. As an adult, he has undergone a heart transplant. Still, despite such daunting obstacles, he has built a successful career, becoming one of the most-played artists on Pandora (with 2.4 billion streams on that platform to date).

Cardall’s story is so compelling that there is an additional aspect to this project: “[The album] accompanies the novel that’s been written about my journey. It’s a fictional story based on real people and real events in my life,” Cardall says. This book—also titled The Broken Miracle—came out on February 2. “It’s a way for my audience to experience the things I’ve been through that I’ve drawn inspiration from.” To ensure that the subject matter was handled correctly, Cardall brought in his longtime friend, bestselling author J.D. Netto.